The Staff and Story of Whittaker Family Dentistry 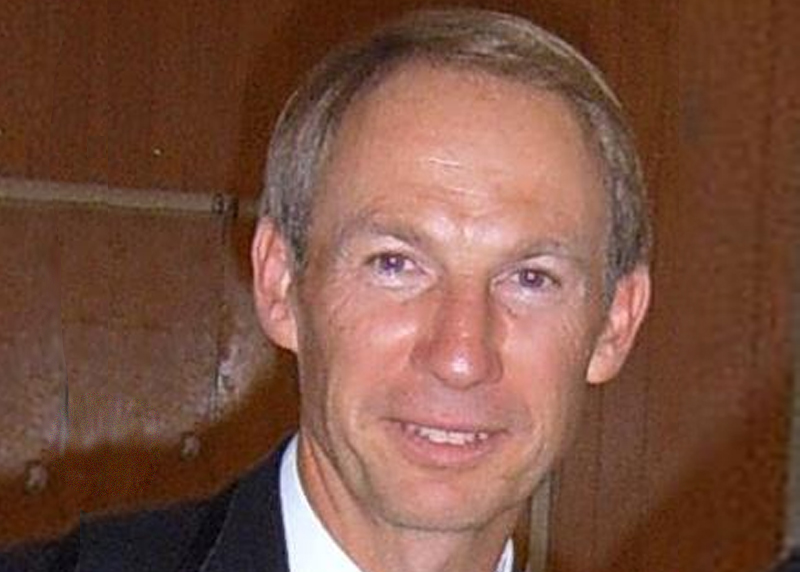 Dr. Whittaker has been a general dentist for 38 years. He graduated in 1982 from the University of Washington. For 20 years, he was a part of a periodontal study club where learned to place implants, perform soft tissue grafting, perform osseous surgery, and other periodontal procedures. He has performed thousands of fillings, crowns, root canals, extractions, and surgeries. He has been named one of Spokane’s Top Dentist’s 4 years in a row. He is as experienced as they come.

More importantly, Dr. Whittaker is honest and hardworking. He is proud to attend New Horizons Church on 5 Mile Praire, is the father to 3 children, and has a wonderful wife, Marsha. He enjoys water skiing in the summer, snow skiing in the winter, and walking with his dog Sadie all days of the year. He loves living in Spokane, and providing dentistry to his patients. 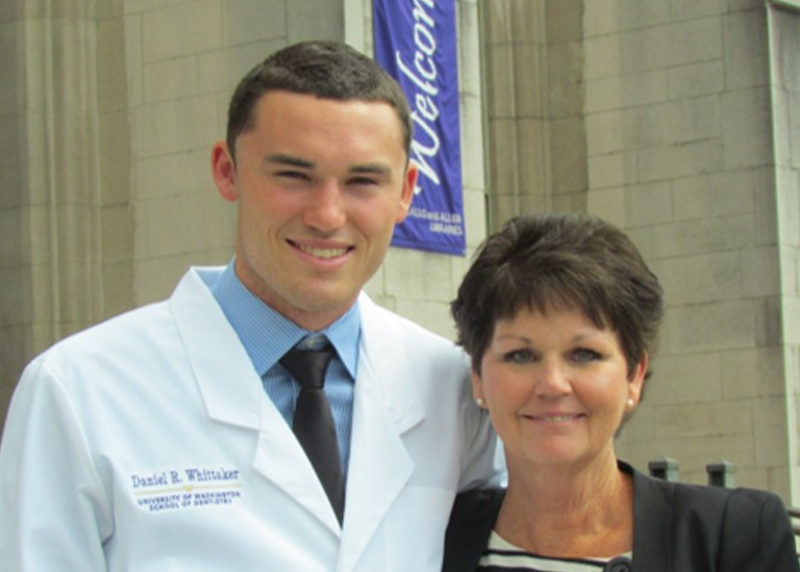 Marsha has been with the practice since the beginning. She began in 1984 as an assistant, and has become an integral part of our dental practice. She is our utility team member, and does it all. Marsha assists, does book keeping, maintenance of office equipment, and many more behind the scenes jobs. She has been the glue to the office; we cannot emphasize how important she has been to keeping our office running the past 38 years.

Marsha is the mother to 3 children: Daniel and Stephanie who are both members of our team as well. She has been married to Dr. Whittaker for 36 years. She enjoys spending time with her four grandchildren (soon to be 5),  fishing, and going on walks around the Spokane area. 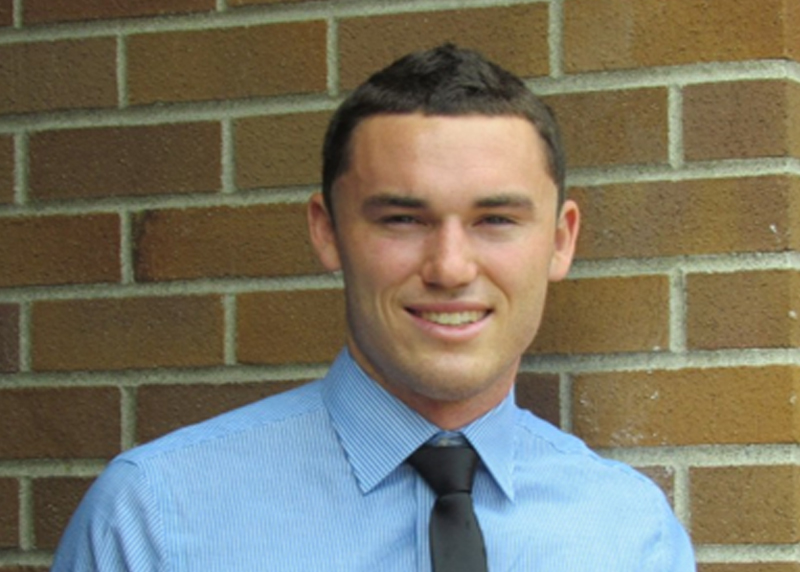 Daniel is a graduate of the University of Washington School of Dentistry. He attended the University of Portland for his undergraduate work in Biochemistry where he played Division I baseball. He participated in the prestigious Regional Initiatives in Dental Education Program (RIDE) at UW. The RIDE program allowed him to work in a community health clinic for the last six months of his education and saw over 4 times the patients of the other fourth-year dental students. He will be a 3rd generation general dentist as both his father, Earl, and his grandfather, W.P, were also general dentists. He was a recipient of the distinguished student award of the Sigma Sigma Chapter of Omicron Kappa Upsilon (OKU). This was awarded to the top 2 students in each dental class. 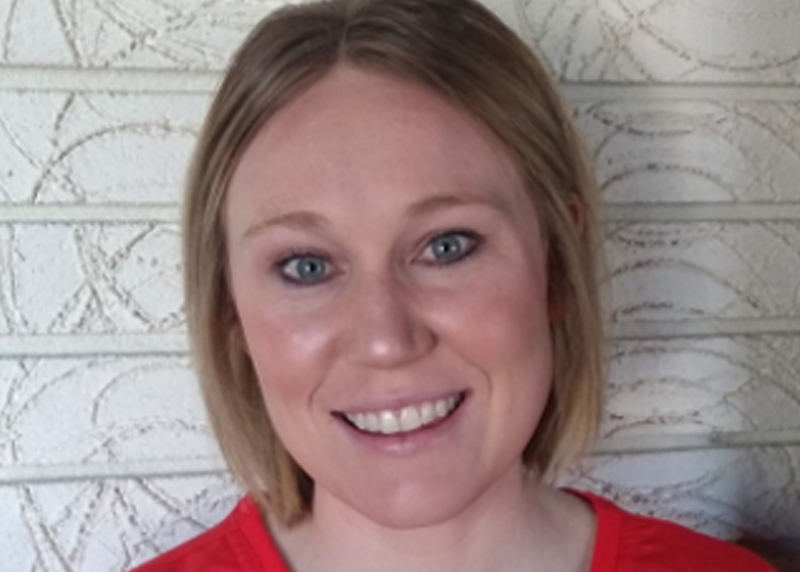 Stephanie has been with us since 2010 when she graduated from Eastern Washington University with her RDH license. Stephanie brings great enthusiasm and positivity every time she steps foot in the office.

She has a husband, three children, and two dogs. Her favorite hobby is running and this is evident by her completion of two full marathons, a handful of half marathons, and her annual participation in Bloomsday. Steph’s gentle touch and her always positive attitude allows her to be a great dental hygienist and we are excited for her to return to full time work soon! 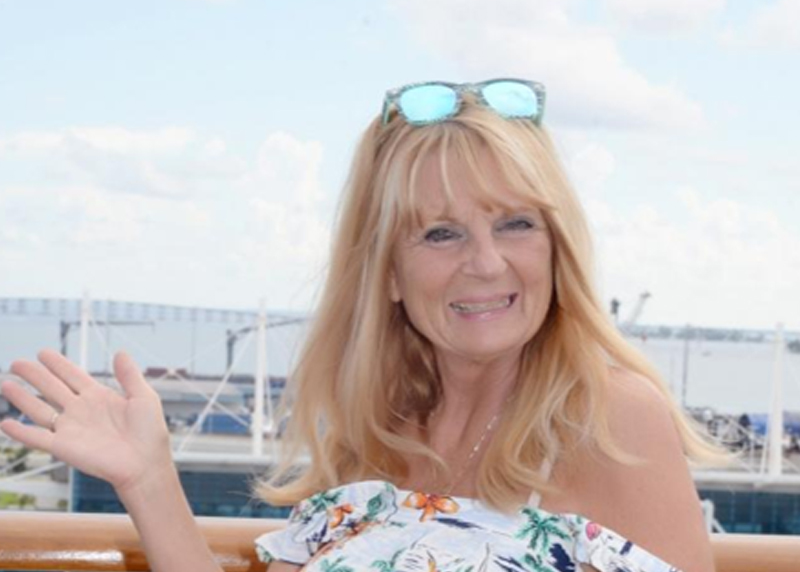 Vikkie is our office manager. She is easy going and very efficient! We love having her as she does a wonderful job managing insurance for patients, payment plans, and appointments. She maintains a positive attitude day in and day out and is constantly working hard for our patients. Born and raised in Spokane, she has been working for a total of 47 years. Vikki is married, has a son and a grandson. She loves traveling to hockey games for her grandson. Her passions are photograph, skiing and reading. Vikki also loves to travel and take road trips as well. 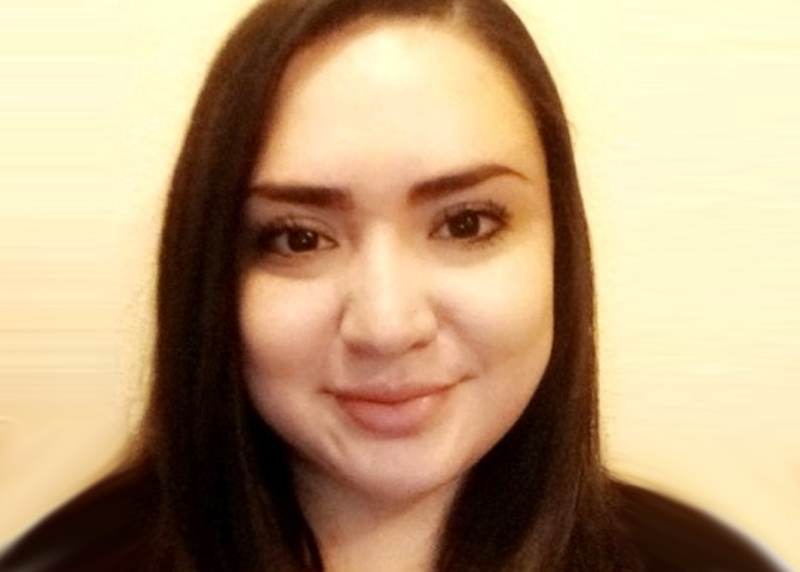 Floralena has become our go to Dental Assistant! She shows up day in and day out ready to work. She has grown so much since joining the practice fresh out of dental assisting school and is as efficient, hard working, and motivated as they get. She is very talented at what she does and makes each patients experience as good as it can be sitting in a dental chair.

Floralena enjoys spending time with her children and family when not at work. 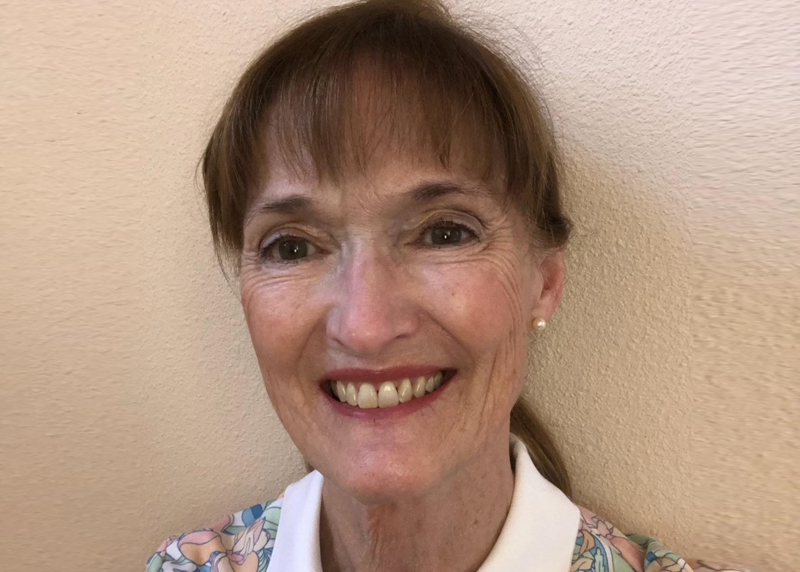 Katie has been working with us for over 20 years! She has a great deal of experience and does an excellent job with all of her patients. Katie graduated from Eastern Washington University and received her RDH license from there.

Katie has four sons, four grandchildren and two Great Danes! She enjoys watching her grandchildren play soccer and lacrosse and also enjoys exercising herself at the gym. She participates in the local Bloomsday race every year as well and we can all attest that she is a great runner. Katie is a great team member, and we have loved every moment of her time with us. 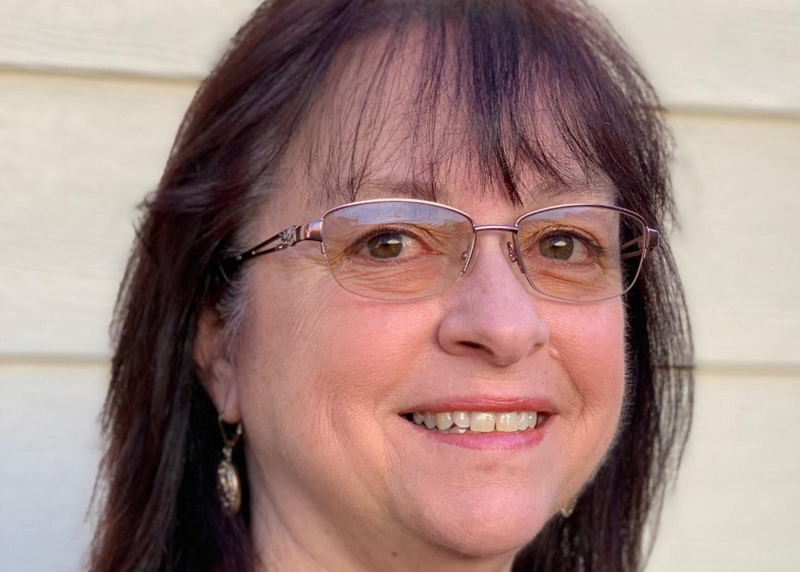 April has been with our team for the past two years, and is the friendly face that you see when you first arrive. She does a great job treating all patients in a friendly, courteous, and professional way. We have been very impressed with how hard working she is as she constantly moves from the front office to the back and is multi-talented. When April is not working, she enjoys spending time with her family. She has three wonderful adult children and three beautiful granddaughters. She and her husband often go boating and fishing. She also enjoys crocheting. 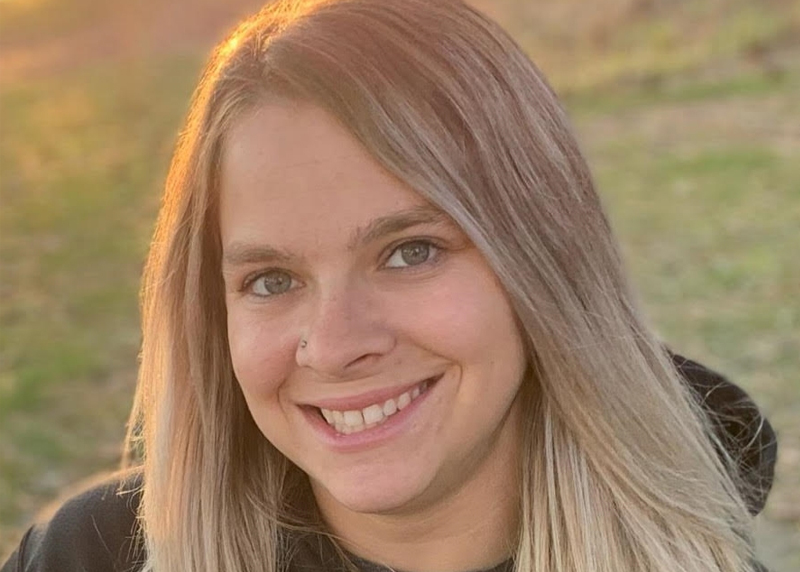 Shaleena has been with us for the past year and a half as a dental assistant. She is enthusiastic and positive at all times and makes everyone’s day better while at work. There isn’t anyone in the office who laughs as much as Shaleena does!

She also happens to be an excellent dental assistant. She has grown so much the past year and a half and is a joy to have in the practice.

When not at work, Shaleena enjoys racing Go-Karts, snow machining, and spending time with her family. 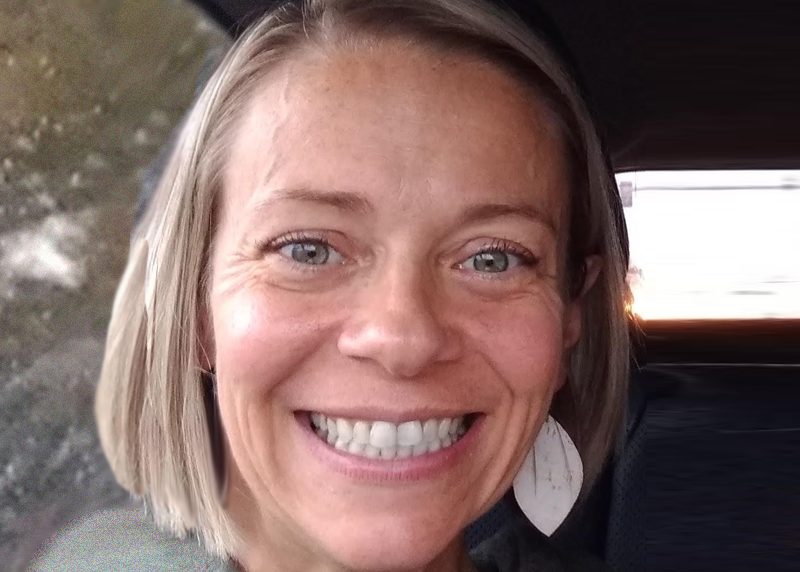 Terra joined the practice in December of 2021 and has been a dental hygienist for 22 years. She has two “lil ladies,” two dogs and a cat! She also claims to be married to the “flame of her life” who is a firefighter/paramedic. She enjoys running races in the Summer monnths, traveling, and making memories with her family. Her words to live are as follows: “Choose to chance the rapids and dare to dance the tides” – Garth Brooks.

Terra has been a wonderful addition to our office and has been adored by every patient who has had a chance to meet her. Say hello to Terra at your next visit and welcome her! 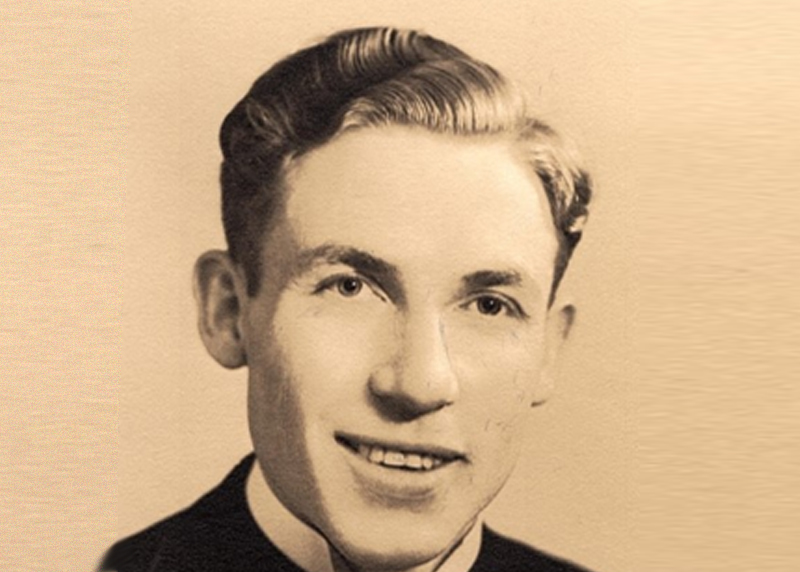 W. P Whittaker is the original founder of Whittaker Family Dentistry. He began his dental career in 1940 after graduating from Oregon State University with his D. D. S. He was a fantastic dentist, with the amazing ability to do same-day crowns nearly 45 years ago. He would wax up a crown in the patients mouth and then cast it in gold the same day. This took meticulous work and amazing hand skill. He was very prideful of what he did and provided dental care at an affordable price for Spokane. He specialized in gold foil restorations (using gold to fill cavities), which is still taught at UW today. 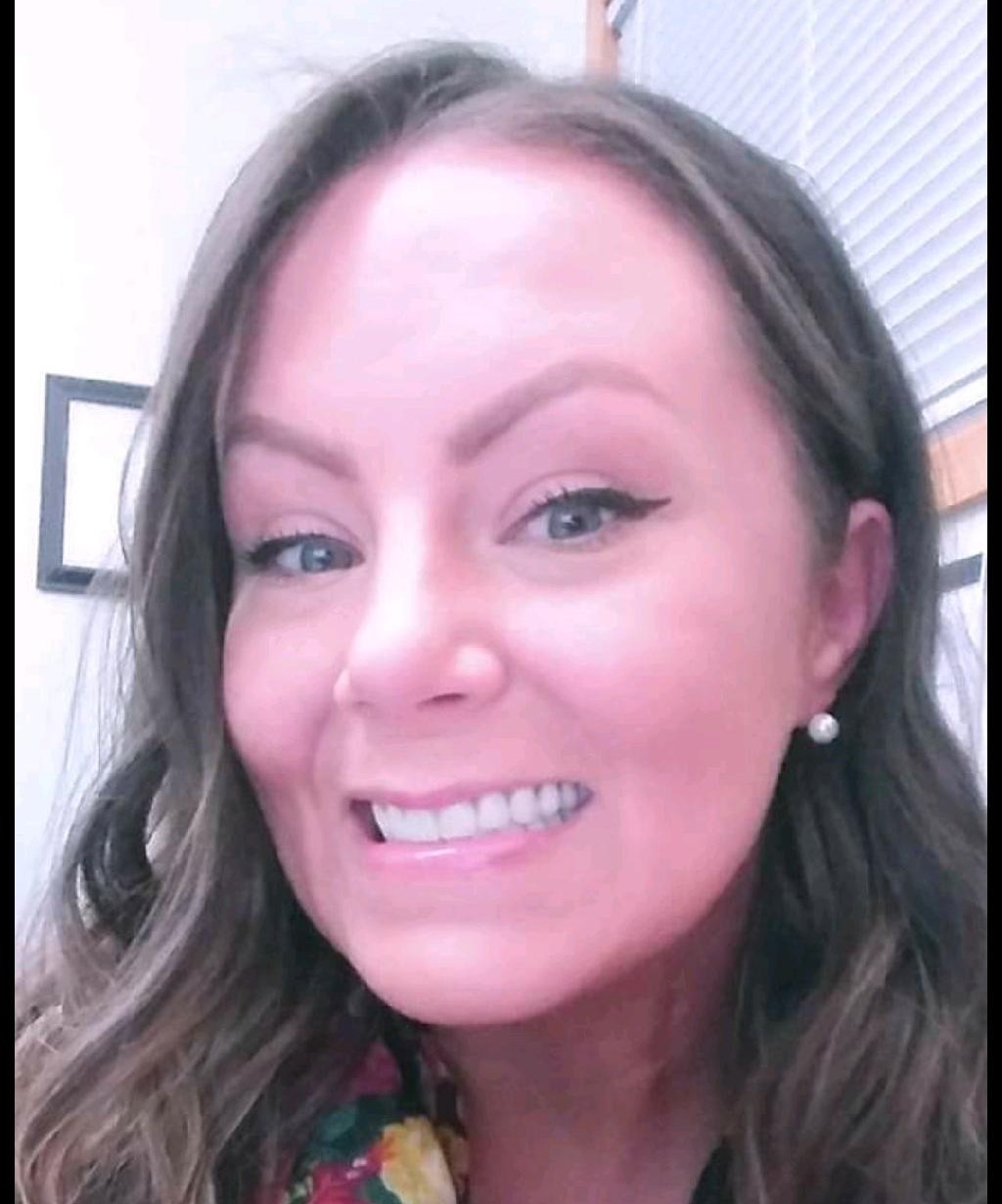 Sarah has been with the office for well over a year now and has progressed into a great dental assistant, insurance specialist and utility team member. Sarah has become a very important team member and takes a lot of pride in her job! She is always a friendly face and always willing to work!

Sarah has two daughters, Maddie and Izzy that she spends most of her time with. She also is very close with her mother as well. Sarah enjoys gardening, spending time with family and her work!

His 37 year-long dental legacy is what motivated the Whittaker’s to pursue dental careers.

W.P. grew up in Pomeroy, Washington before moving to Spokane. As a Navy Dentist in World War II, his aircraft carrier, USS Bunker Hill, was struck by a Kamikaze pilot and nearly sank to the bottom of the Pacific. Fortunately, a tugboat was able to stabilize the carrier and repair the hole. The Kamikaze flew right by the dental office in the carrier, narrowly missing his part of the tower.

W.P. loved spending his summers at Hills Resort on Priest Lake, Idaho. He traded dentistry with the Hills family for a cabin at the resort as it was his favorite place to be. He had 4 children and lived in Spokane until his passing. His memory lives on in our practice as his work ethic and moral code continue to guide how we practice dentistry.